Why You Should Know Who Your Teen is Texting 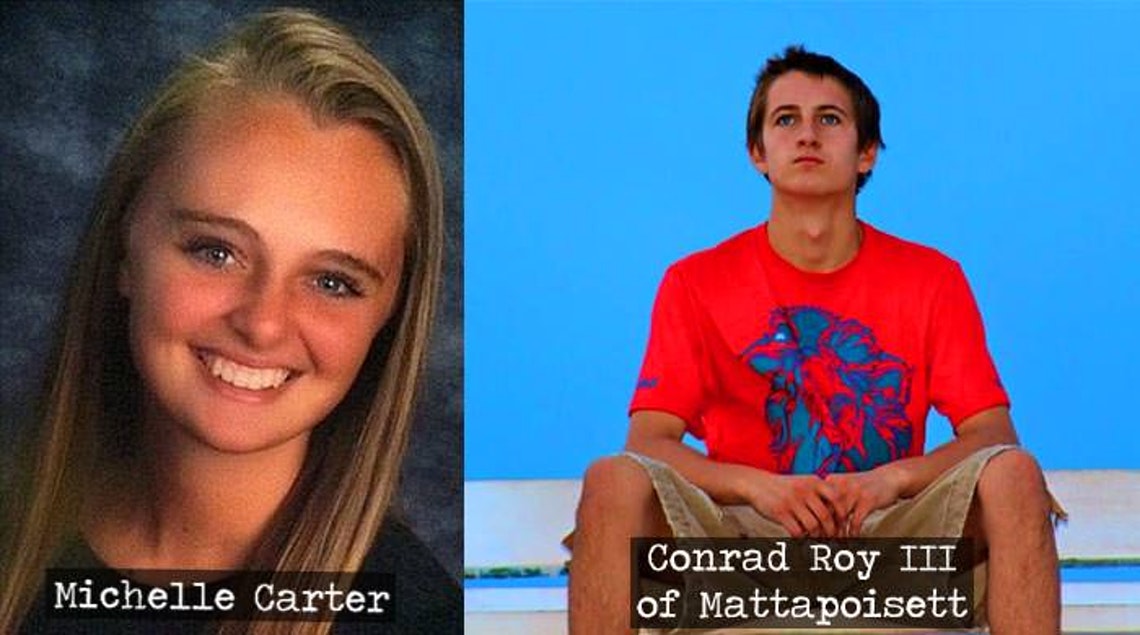 It's enough to send a chill down any parent's spine. Authorities say that Michelle Carter, 18, sent several text messages to her online boyfriend Conrad Roy III that repeatedly encouraged him to commit suicide. The tragedy has gained national attention more than a year after Roy committed suicide in July 2014 for the twisted and revolting messages that have come to light.

"When are you gonna do it? Stop ignoring the question," Carter texted Roy in new court documents revealing the teen's online relationship. Several times Roy suggested that he was hesitant to follow through with suicide, but with every doubt he expressed Carter seems to grow more impatient. "Everyone will be sad for a while, but they will get over it and move on. They won’t be in the depression," she told the teen.

Watch news coverage of the tragic story from WPRI:

Carter is now being charged with involuntary manslaughter.

Following Roy's suicide, Carter's manipulation continued when she pretended to know nothing about the incident when talking to authorities. In the days after, she used social media to seek sympathy and compassion from friends, tweeting that Roy was "Such a beautiful soul gone too soon." She even organized a fundraiser for suicide prevention in Roy's name, but confronted others online for "stealing her ideas" when they also tried to show support for the family.

Carter's defense has their work laid out for them where they will try to argue that she was manipulated to endorse Roy's intentions for suicide. But even the defendant seems to know that the evidence is stacked against her. In the days following Roy's suicide, Carter texted a friend that if the police ever saw the texts exchanged between the two that "I'm done. His family will hate me and I can go to jail."

Time and time again, parents are reminded of the dangers of the modern world in online chatrooms, social media, and texting. It can be tough to be a parent and keep up with technology, but this story reminds families that even those who seem the most innocent on the other end of their child's phone may have the darkest intentions. Keeping clear and consistent communication with your teen is the best way to ensure their safety both online and off.

Three Points Center is a highly successful program for adopted adolescents and their families. When problems arise that can no longer be solved at home, our program brings healing and resolution to families. To find out more, call us at (435) 635-0636.